You are here: Home / General Dentistry / Can the Dentist Tell You Smoke Weed? 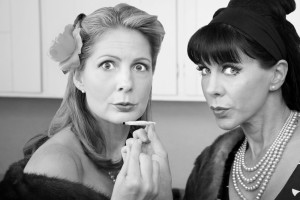 Perhaps you’re worried about what your dentist may think of you. Maybe you’re terrified that he’ll tell your mother the real reason behind your increased appetite. Or, the studies that say marijuana causes paranoia are true and it’s just the joint that you smoked earlier. Whatever the reason, you’ve found yourself wondering “Can the dentist tell you smoke weed?”

The short answer is no. As long as you don’t come in smelling like a skunk, they can’t tell. But you aren’t looking for a short answer, are you? So, assuming your attention span isn’t “affected,” I’ll explain exactly why you shouldn’t be scared of getting busted by the dentist.

How Can the Dentist Tell You Smoke Weed?

There are 4 tests that a dentist could use to find out if you smoke marijuana but they are the same as a doctor or a drug testing facility would use. None of the normal dental treatment is going to show drug use.  The first, and most familiar, would be a urinalysis or what’s commonly referred to as a “pee test.” You know the drill. You pee into a cup, they pour a sample into a tube, send it off for testing and then you wait nervously for a few days to receive the results. I think it’s safe to say though that the only bodily fluid a dentist doesn’t mind handling is a little saliva. So not very likely there. Which brings us to the next method of drug testing.

By swabbing the inside of your mouth and collecting a saliva sample, drug use can be detected from up to a few hours to over a day. Because they’re cheaper than any other test, can be performed on site and they indicate recent drug use, saliva tests are gaining popularity. Just not with your dentist. I doubt there is a single dentist in America that has a swab test in their practice.

Remember several years ago when Brittany Spears shaved all the hair off of her head? Well that was to avoid having her hair tested for drug abuse. I can undoubtedly tell you though that her dentist didn’t care about the results of the test and neither would yours.

Lastly, there is the blood test. Because these tests are so invasive and difficult to administer, they are used less frequently. Since your dentist spent over a hundred thousand dollars to attend dental school, not on a phlebotomy certification, I can assure you that he won’t be asking for a blood sample any time soon.

All jokes aside, I’m not trying to tell you about drug tests but rather make the point that dentists have no use for them. But what about inside the mouth? Can the dentist tell you smoke weed by finding any particular physical abnormalities during an examination? Well, the answer to this is also yes, and no.

The Journal of the American Medical Association published a report on the correlation of marijuana and periodontal disease. Their findings were that smoking marijuana may be a risk factor for periodontal disease that is independent of the use of tobacco. This report explains the fact that smoking marijuana can cause tooth discoloration, causes xerostomia (cottonmouth) reducing essential saliva flow, and increases the appetite (munchies) for foods that can cause tooth decay. While it appears that using marijuana could cause some oral health issues, they can all be prevented with proper and thorough oral hygiene. Even if you don’t take preventive measures (shame on you) you’re in the clear. None of these problems are exclusive to marijuana use. Therefore your dentist won’t be able to distinguish that they are in any way connected to your “extracurricular activities.”

Can the dentist tell you smoke weed? By now you should be able to thoroughly answer that question. So relax, schedule that appointment and try not to be too awkward or obvious when you get there.

How to Prevent Dry Mouth and Decay

Preventative Care- Make Sure This Does Not Happen Again